Earlier this year I pulled out a cross stitch project I hadn’t completed or even touched in a number of years.

Unfortunately I have several of these! There’s one of the Charleston SC south Battery Homes that I started in college and hasn’t been added to in probably 20 years now.

This one was slightly better. At least, the date on the front of the magazine says 1997 so I was clearly out of college (even if just barely) when I purchased the magazine. 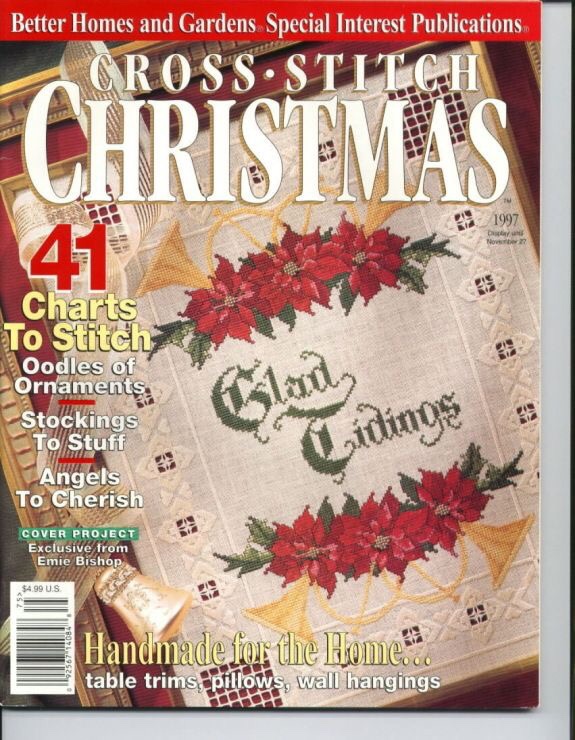 The cover photo is the project I’ve been working on, off and on, for the last 21 years.

I’ve actually made good progress this year. Before this year I had maybe 20% of the lower poinsettias stitches, but how they are completely finished, as well as the horns. I also finished the backstitching around the green letters, which is done with metallic gold thread.

Friends, metallic thread is a pain in the rear!

I’d like to share some project shots with you. The first two photos show you the guidelines I’d put in place. (I wonder if that would be a useful tutorial for blog readers?) 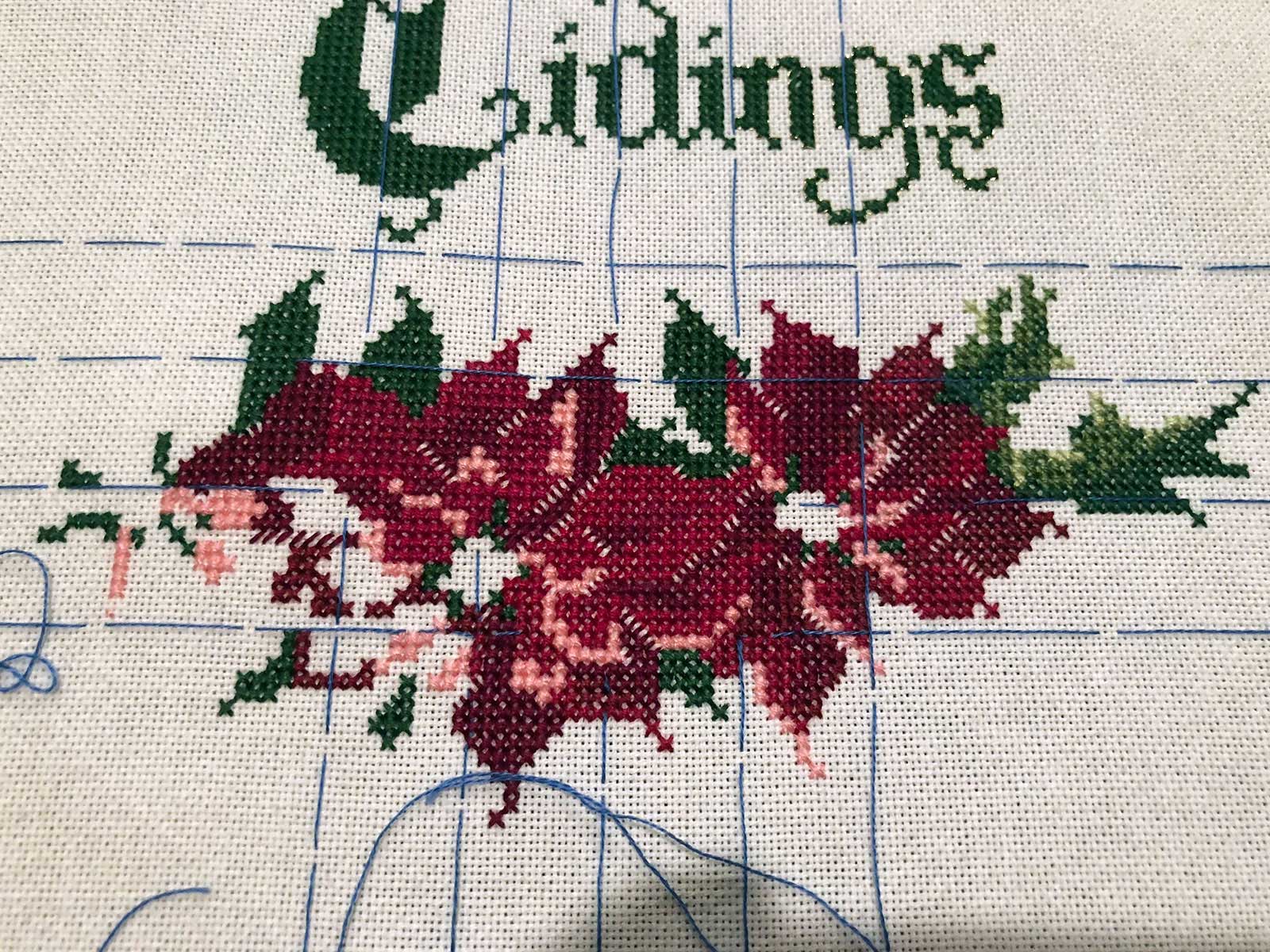 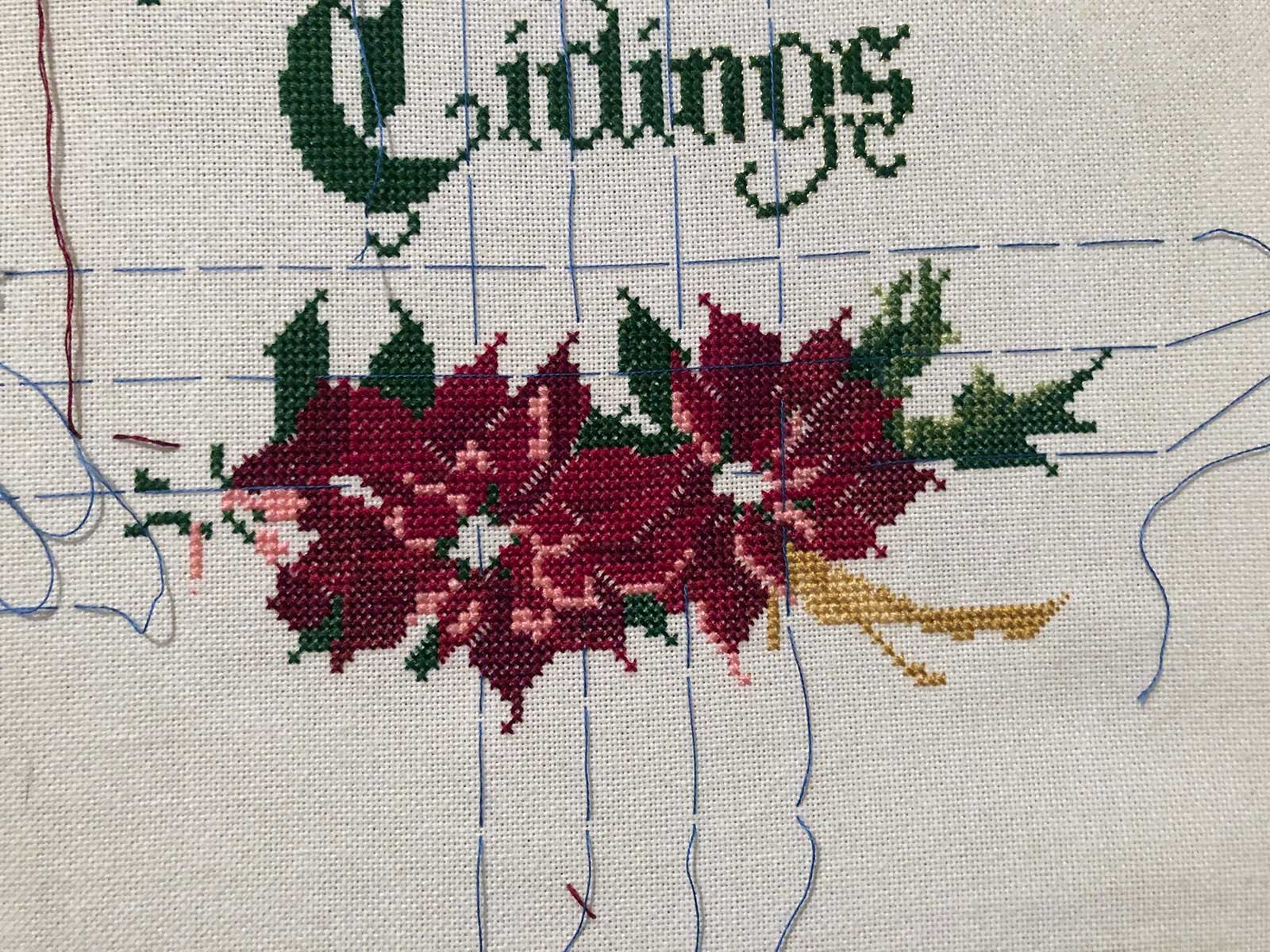 After awhile I took off the guidelines because they’d outlived their usefulness. 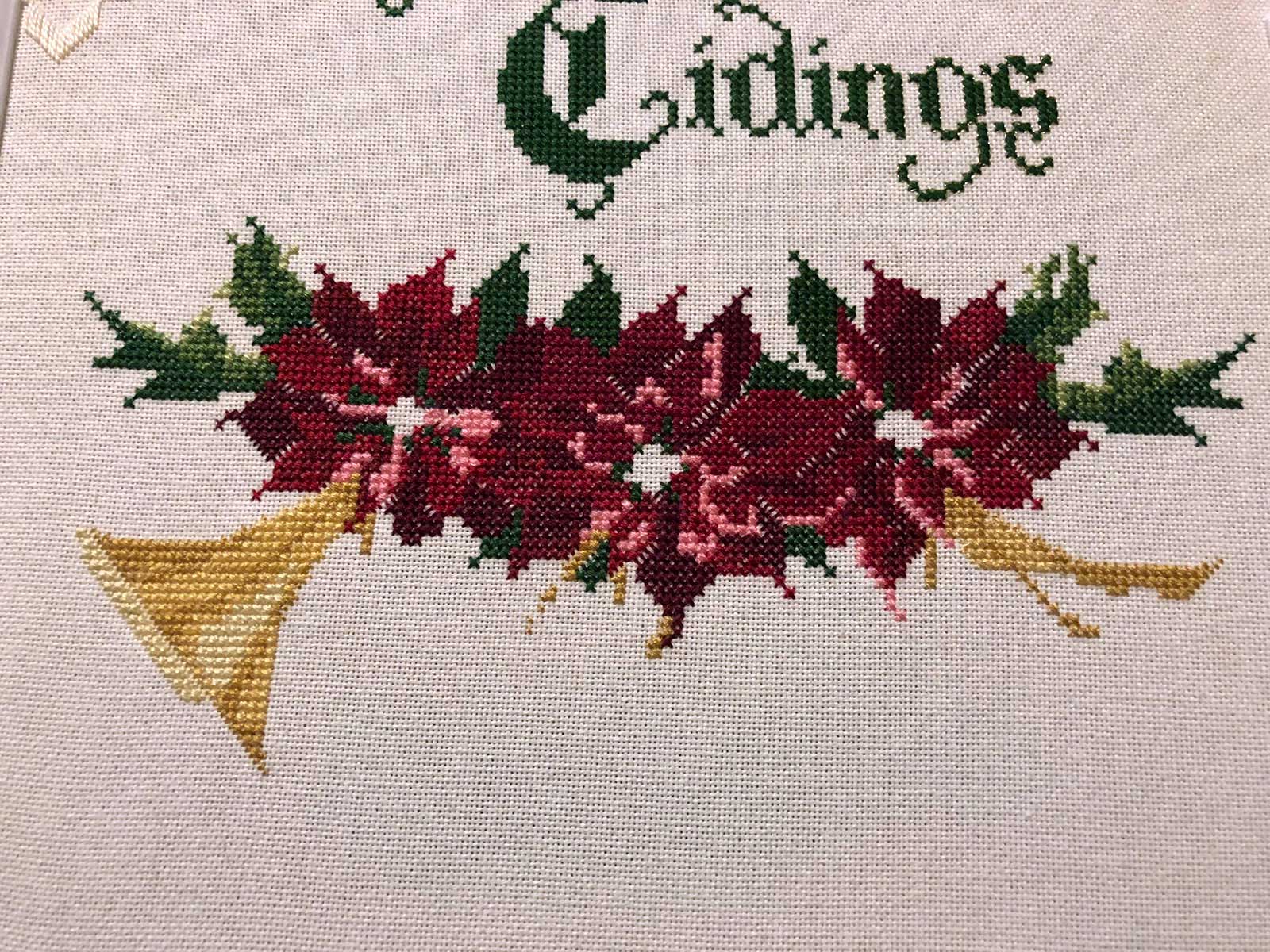 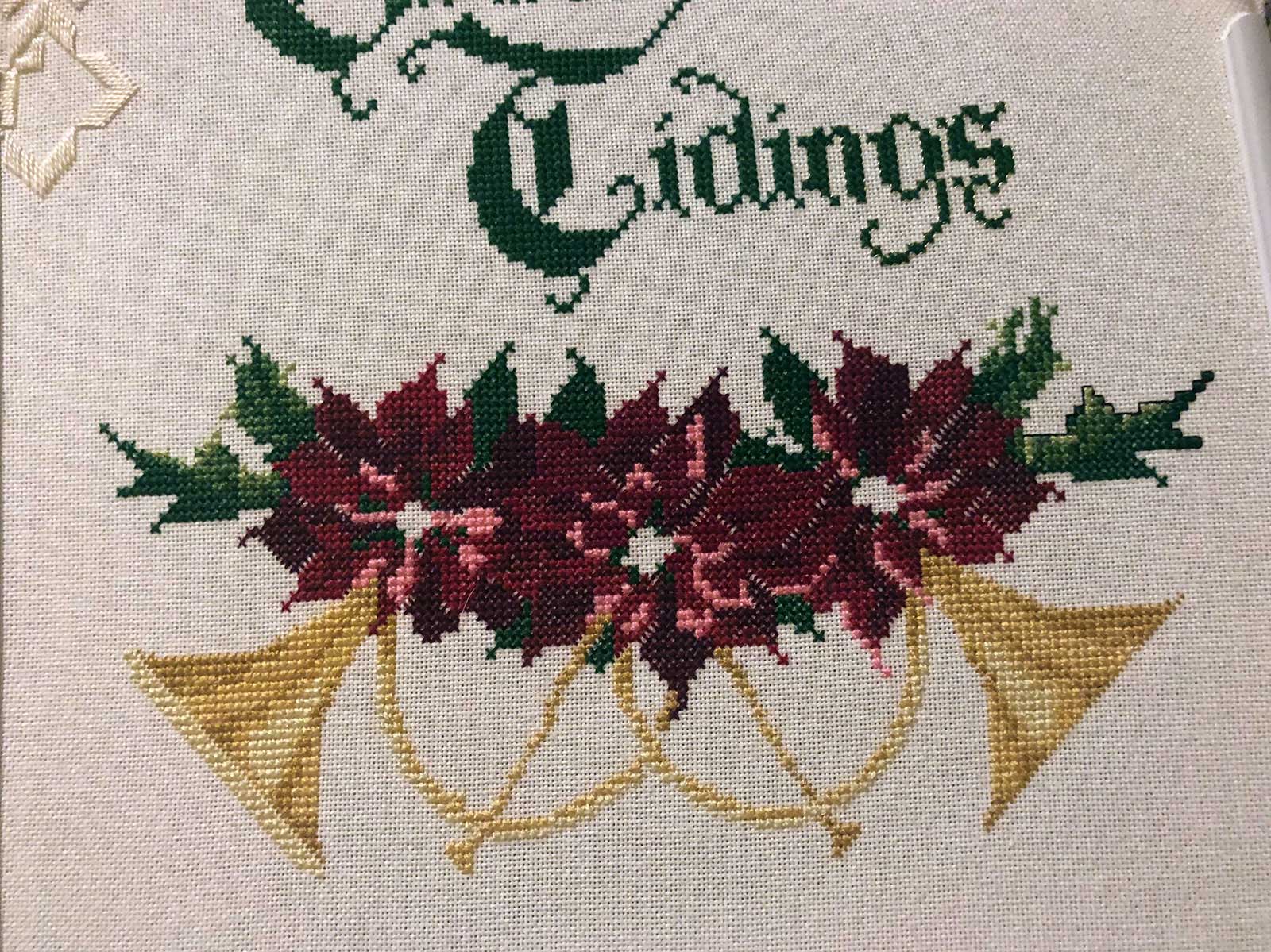 At this point the x stitching was done, but the backstitching still remained. 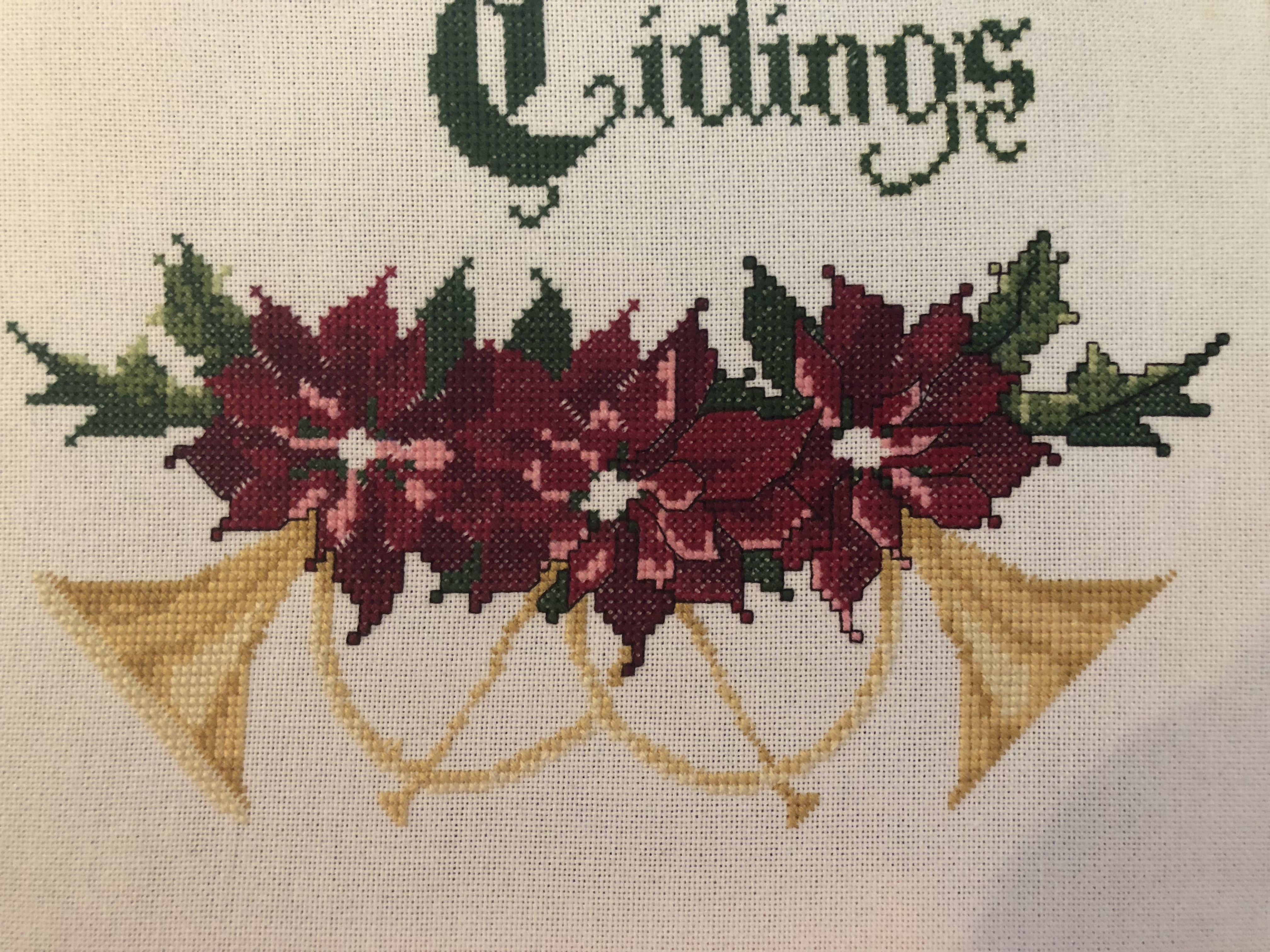 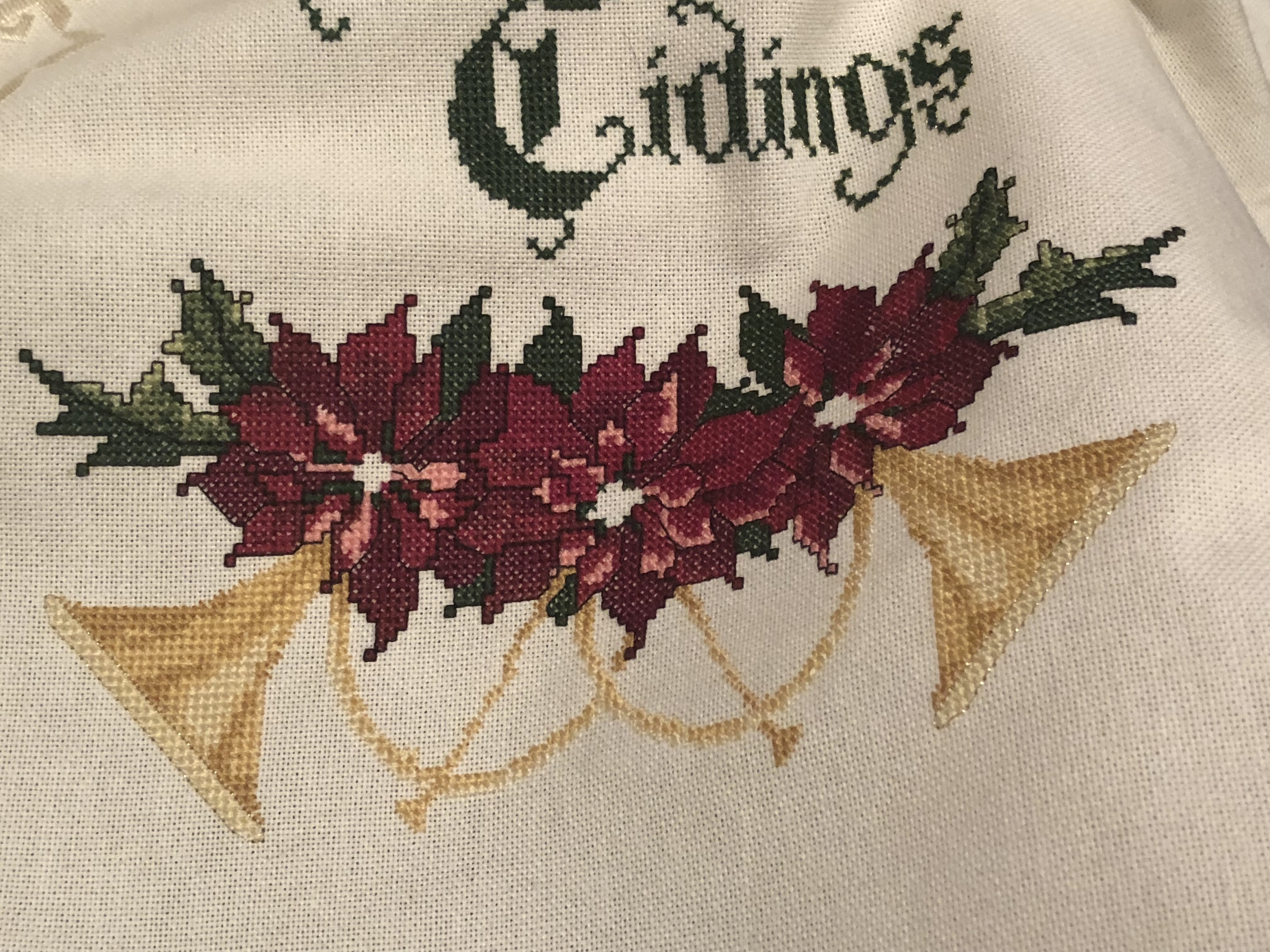 Now with both sets of horns and flowers complete (except for the seed beads which will be the last step, I decided to take it off my frame to see how it looks. 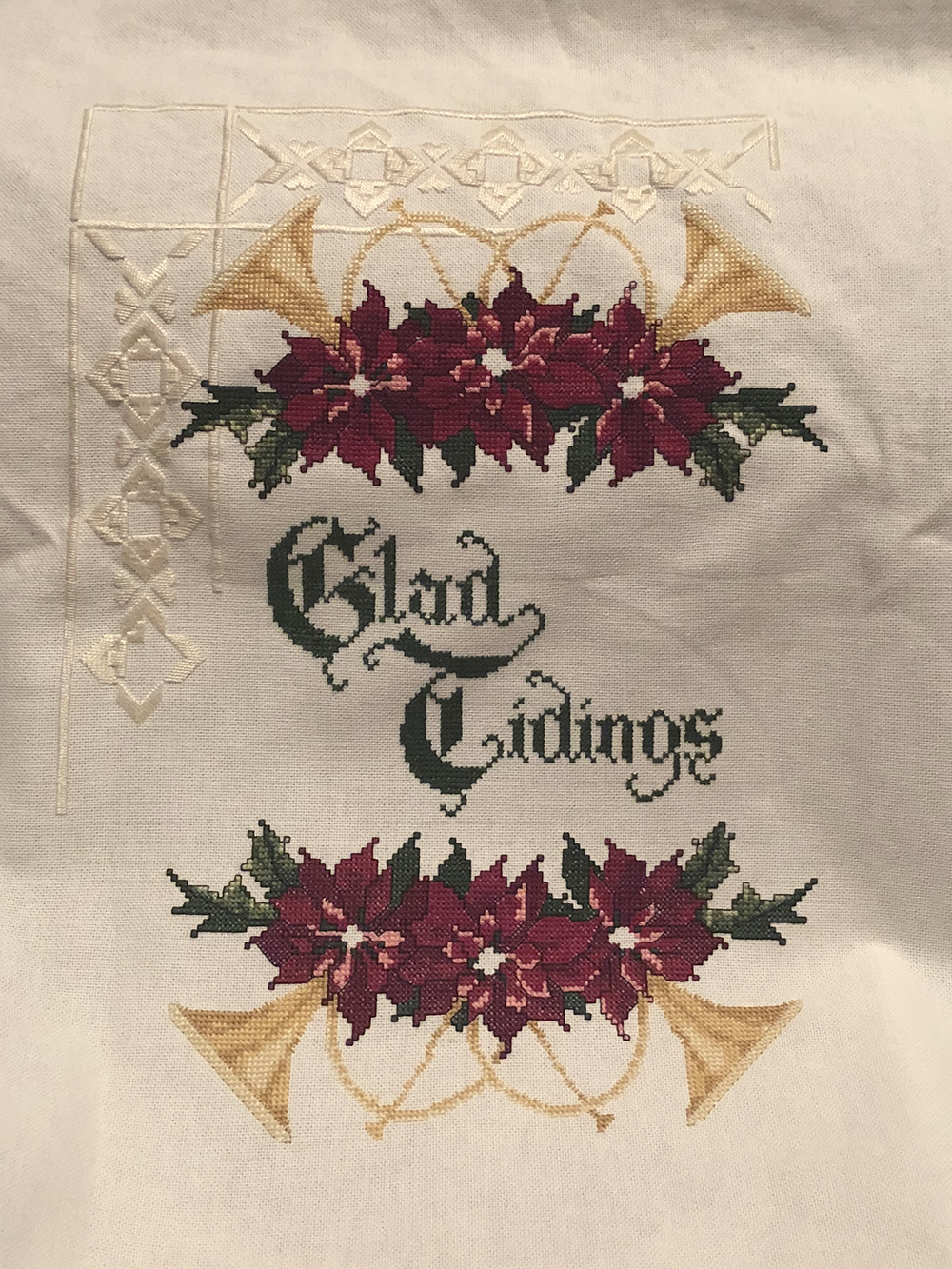 I sure hope I can iron out those circles. This piece sat inside a loop for a number of years. Hey, I had priories like keeping tiny humans alive.

I believe it will look wonderful when finished. Whatever decade that happens to be in.

Below is one final shot showing the gold backstitching around the green letters. What an annoying thread to work with! But it does lend some oomph that I like. 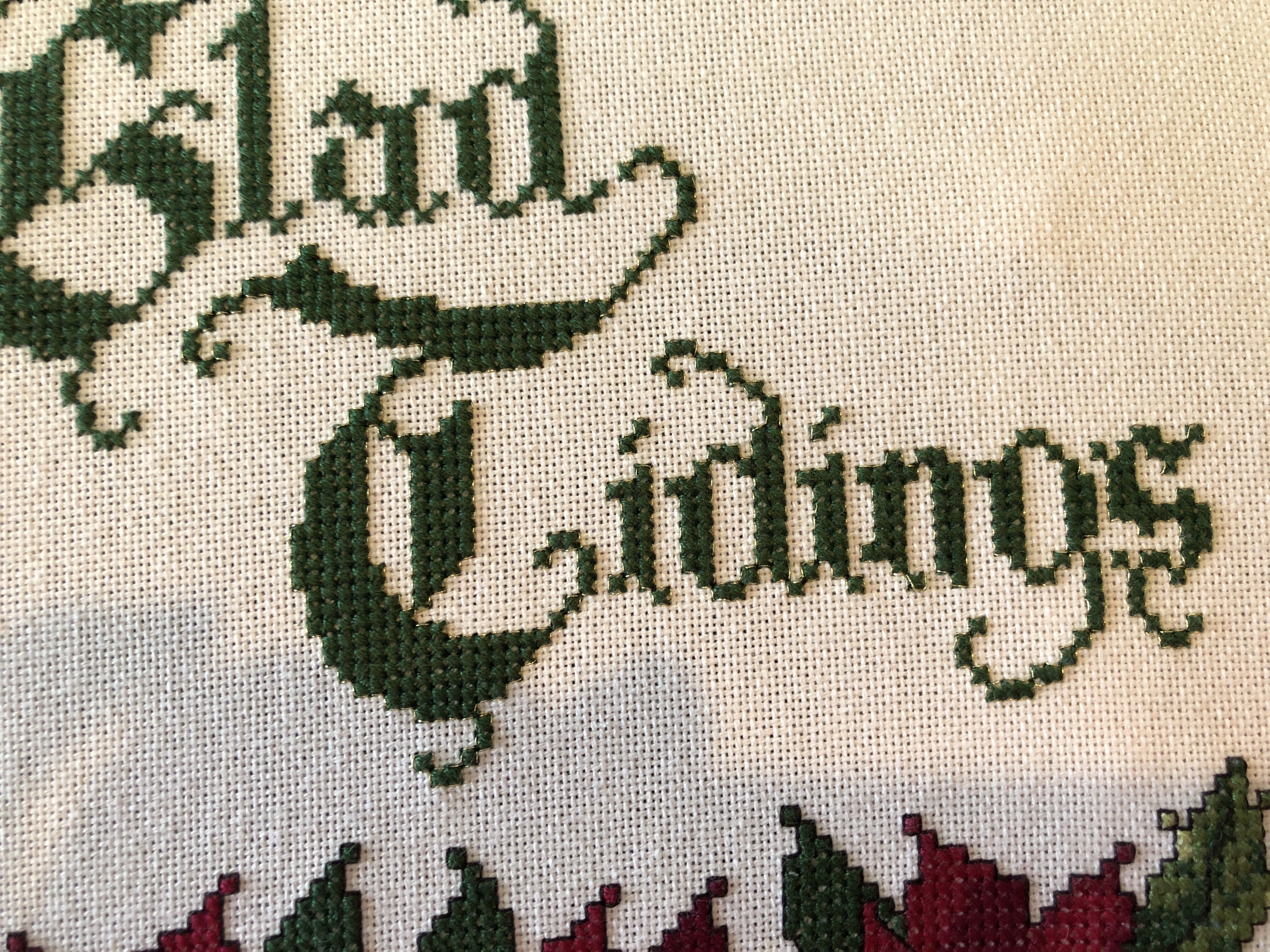 Also, I’ve never done hardanger before. That’s the technique in the border where some threads are cut and pearle cotton is wrapped around to create a cut-out effect. I’m planning to practice on some scraps before I do it on this piece. I can just see myself ruining hours/years/decades of work by getting it wrong.