This is part three of my recent trip to Georgia and South Carolina. If you’d like to read more about the first weekend near Atlanta, you can check out part 1 and part 2.

After I got Peter tucked onto a Southwest flight back to Orlando, I drove from Atlanta to my parents’ house – and my second hometown – Easley, SC. It’s right between Greenville and Clemson. I basically got there in time to go to sleep. The next morning Mom and I returned my rental car and then did some shopping and had her birthday lunch at Trio in downtown Greenville. Did I mention it was her birthday week? That was the whole reason why I stayed up there longer and didn’t come back home with my son. We had some great mother-daughter time, something we don’t get much of since we don’t live closer.

Plus I really considered buying some socks: 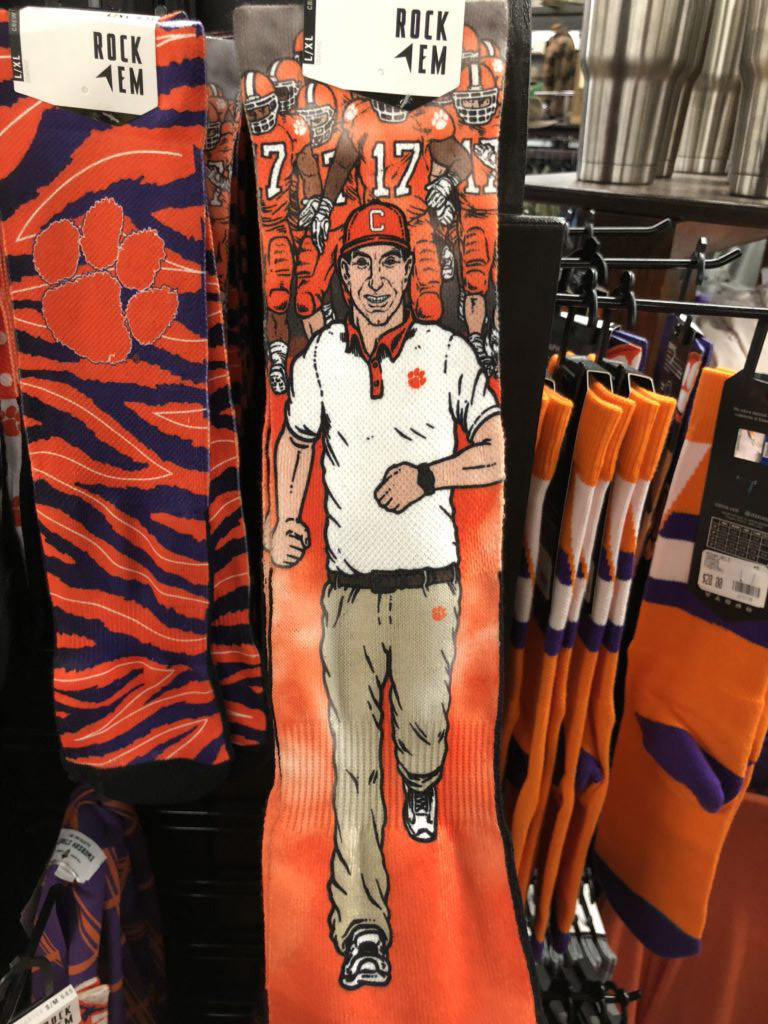 OK no not really. But I considered it. I mean, Coach Dabo Sweeney on a pair of socks? If only it isn’t always too hot to wear knee socks – or any socks for that matter – in Florida.

The next day we went to the walking center and walked 3 miles. Apparently that’s easy for my mom. I hurt afterwards. But I also claimed a reward of Bojangles country ham biscuits so it was all good.

We also went to Pretty Place at YMCA Camp Greenville. I don’t even want to describe the ride up the mountains – my body has forgotten how to tolerate that. But the chapel there is so beautiful and has stunning views of the mountains. I mean, just look at this!

And I got to try out exposure bracketing on my camera, something I’d never done before. I wanted to get the Bible verse visible without blowing out the mountains (in other words, without making them so bright as to not be visible). 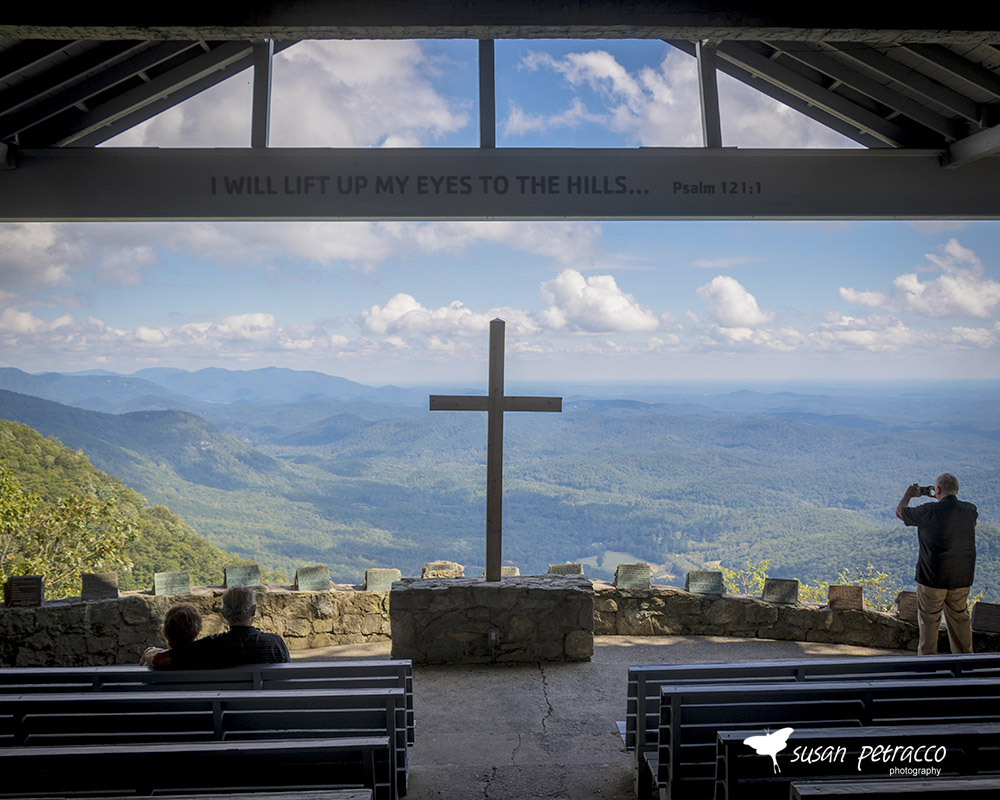 But then on the other side of the cross I found this! It’s a question mark butterfly! No, that’s not a placeholder for me to put the name after I look it up – it’s really called question mark. 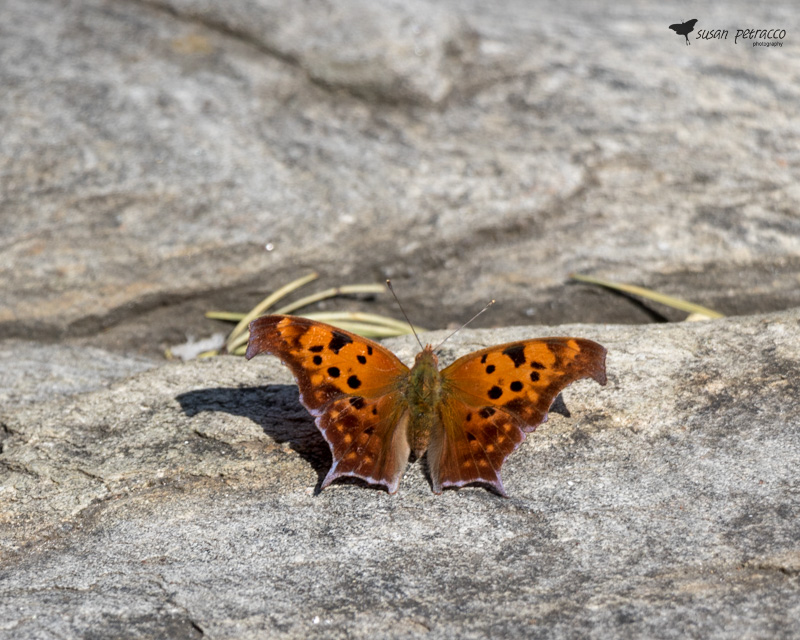 See the little white squiggle on the underside of its wing? That’s why it’s called a question mark! 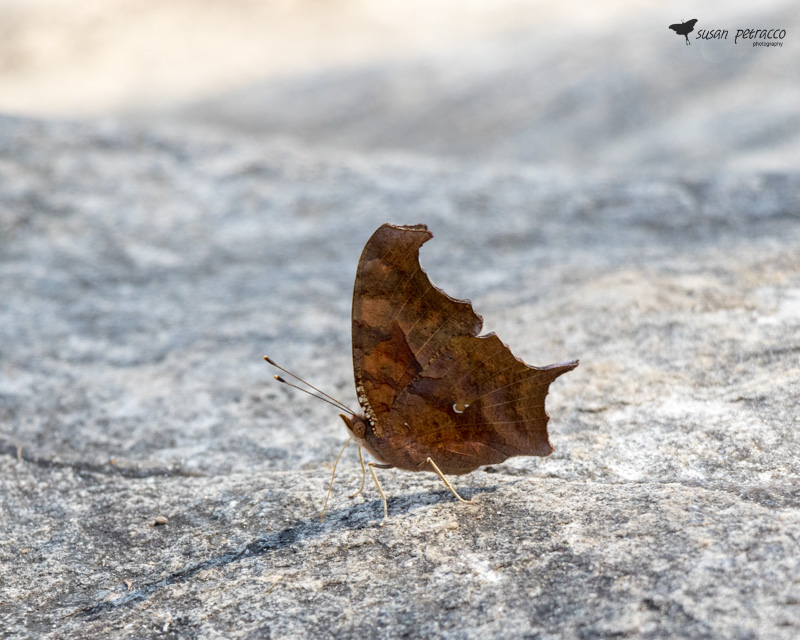 That was the last day we had there – Wednesday we hopped in the car to drive to Charleston, where my sister lives, to celebrate Mom’s birthday doing two things she chose – visiting Bull’s Island and walking the Ravenel Bridge. Just before we left, though, I managed to get a lifer (bird I’d never seen before) in their backyard. This NEVER happens because their trees are so tall you almost never see the birds that sound so plentiful. And my photo isn’t great but here it is – a blue-headed vireo.