You are here: Home / Ramblings / A Game of Thrones
0shares

I just finished A Game of Thrones

tonight. I know it came out forever-ago on HBO, but I refused to watch it until I read the book first. So thanks to Amazon, I grabbed a copy for Kindle on my iPhone and I’ve been working on it for a couple of weeks now.

My favorite reading material is Historic Fiction, especially writers like Sharon Kay Penman and Diana Gabaldon. I don’t normally read a lot of fantasy, but A Game of Thrones is close enough to the read medieval world that it really grabbed me. The fictional land, primarily centered around The Seven Kingdoms, is a feudal society united under a central king for the past 300 years. The lands are guarded to the north by The Wall, and 300-ft tall (if I recall correctly!) wall of ice that keeps out the people who live there, as well as the more supernatural beings like The Others, and the Children of the Forest (whom, at the end of this book, we still don’t know for certain that they exist).

There are three main parts of the story – first is the section centered around King Robert Baratheon and Lord Eddard Stark, the politics and intrigue of the court, and finally the war between the Queen’s people and the Stark family and the houses sworn to them. The second section involves the people who guard the Wall, including Lord Stark’s illegitimate son Jon, and their encounters with life beyond the Wall. The final section involves the only two descendants of the recently deposed royal family, and the barbaric Dothraki people to whom the erstwhile princess is married.

It’s not a GREAT book, in my opinion, but good enough to deserve the time spent reading it. And now, since the episodes are long gone from HBO (and because Brighthouse doesn’t have HBO Go thank you very much) I’m scouring the internet for places where I can watch the episodes online. So far I’ve only seen the first one, but it mirrors the book fairly well, except that the Tangaryn’s eyes aren’t purple, darn it all.

I think I’m going to try to finish the movies before I start book 2 – since the new episodes, I assume, will start next April. 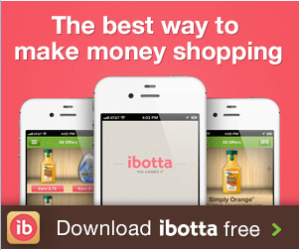